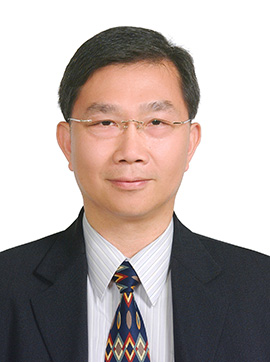 Dr. Chin-Kun Wang is a distinguished professor in Chung Shan Medical University, President of International Society for Nutraceuticals and Functional Foods, Fellow of International Academy of Food Science & Technology, honorary president of Nutrition Society of Taiwan, director for International Life Science Institute, Taiwan. He got his Ph.D. degree from National Taiwan University and worked at Chung Shan Medical University in 1993. In 1996, he promoted as a full professor, and then took the positions of the chair, dean, vice president and president in Chung Shan Medical University. His research work is focused on human clinical trials and human metabolism of medicine, nutritional supplement, nutraceuticals, herbs, and functional foods. He got the National Award of Biomedicine for his great contribution to the medical education in 2008. He was also honored as 2012-18 Who’s who in the world, Who’s who in Asia, and 2009-2010, 2011-18 Who’s who in Medicine and Healthcare.

Dr. Chin-Kun Wang was the former president of Nutrition Society of Taiwan (from 2009 to 2012). For food safety and nutrition, he promoted the legislation for school sanitary law and national nutrition law. During the food safety problem in Taiwan, he jointed as a director of ILSI Taiwan and ambassador of Global Harmonization Initiative to communicate with the media and press. He believes that scientific evidence is the best support for food safety and world nutrition problem. In the future, he tries his best to work together with the scientists around the world by network.