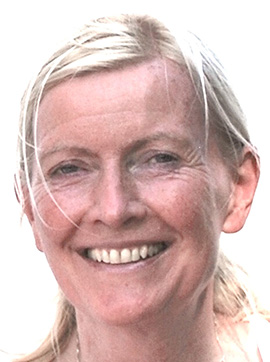 Dr. Veslemøy Andersen graduated from the Department of Microbiology at the University of Oslo, Norway, on studies of the outer membrane of Gram-negative bacteria and worked as a Microbiologist / Research Scientist at the Norwegian Institute of Public Health, Oslo. Later she moved to the Netherlands where she taught microbiology at the University of Applied Sciences in Eindhoven and set up the studies Technical Microbiology and Food Microbiology. She is the Norwegian Ambassador of the Global Harmonization Initiative (GHI). In 2016 she started as one of the Editors the book series “Nutrition and Health aspects of Traditional and Ethnic Foods” that will cover all countries of the world and will be published by Elsevier. She is Lead Editor of Volume 1 covering the Nordic countries, to be published in 2018. The other volumes will be published thereafter, 2 to 3 volumes every year with a total of 26 volumes. She is also leading the new GHI project “Global Incident Alert Network for Pathogens in Food” (GIANPIF),

Her scientific interest is microbiological safety in food production with focus on the prevention of biofilm formation and resistance to biocides. Recently, she has given presentations about these topics in Kiev (Ukraine), Yerevan (Armenia) and Kaunas (Lithuania).She is a member of the Royal Netherlands Society for Microbiology and of the Institute of Food Technologists (USA). Recent publications: Bacterial resistance to biocides. In: Handbook of Hygiene Control in the Food Industry, 2nd ed., Elsevier, 2016;  H. Lelieveld and V. Andersen (2015). The Harmonization of Food Safety Regulations. Food Safety Magazine, Vol. 21, No. 6, [Cover Story], p. 36-41, 62-64, Dec. 2015/ Jan. 2016; Andersen E.V.M. (2016). Resistance to Biocides and Resistance Mechanisms in Bacteria. Dairy Industry, Vol. 4, p. 68-69, 2016; Andersen, V. (2016). Natural Resistance in Bacteria to Biocides. New Food Magazine, Issue 6, p.35-41, 2016. Other professional activities: Member of KNVM (Royal Netherlands Society for Microbiology); member of the Scientific Committee of the 8th Central European Congress on Food Science (CEFood) 2016, Kiev, Ukraine; member of the Scientific Committee of the 2th B-FOST Congress October 11-13, 2018, Yerevan, Armenia; member of the Scientific Committee of The first congress on Innovations in Food Analytics (IFA), September 19-21, 2018, Munich, Germany; and member of the Scientific and Organisation Committees of the 1st GHI Congress on Food Safety and Security, March 24-28, 2019, Leiden, The Netherlands.