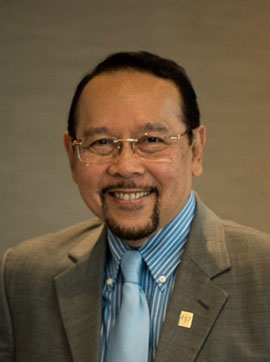 Aman Wirakartakusumah is Professor Emeritus at Department of Food Science and Technology and Senior Scientist at South East Asia Food Agriculture Science and Technology, at Bogor Agricultural University (IPB), Indonesia. He was the Rector of IPB (1998-2002), the Head of Department of Food Science and Technology and Director of Inter University Center for Food and Nutrition (1987-1996). He was Indonesia Ambassador to UNESCO, Paris-France (2004-2008), Fellow of IAFoST, Chairman of IUFoST Education Committee, Scientific Director of ILSI SEA, and involved in Codex Alimentarius Commission FAO/WHO. He is the Chairman of Engineering Commission, the Indonesia Academy of Sciences, and Advisor to the Indonesian Association of Food Technologists.

He obtained Ir degree from IPB in 1972, his M.Sc. and Ph.D. degrees in Food Science/minor in Chemical Engineering from the UW-Madison, USA in 1977 and 1981, respectively.